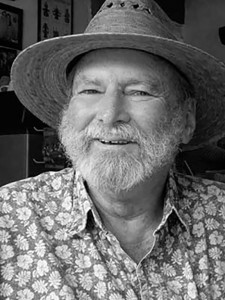 Bruce “Pacho” Lane is a visual anthropologist. Pacho was a volunteer in the first Peace Corps group, Colombia One, from 1961-63. He has traveled widely in Latin America, Europe, and Asia, and is fluent in six languages. He has taught at five universities, including RIT, and is an emeritus professor at the Universidad Autónoma del Estado de Morelos in Cuernavaca. Mexico. His production company, Ethnoscope Film & Video, produces and distributes documentary films about Traditional & Popular Cultures and the Spirit that inspires them. Lane has directed 15 documentaries, and was the only Westerner to film in Afghanistan during the Soviet intervention. He has focused primarily on Mexican indigenous culture, and 8 of his films are about Mexican Indians. His most recent film. “Warriors of the Sun”, is about the revival of the 2500-year-old ritual of Los Voladores (the Flyers).

A Defender of His People
A Journey to the Butterflies
Along the Erie Canal
Carrousel Menagerie
Cumbre Tajín
Democracia Indígena
Inside Afghanistan
Mezcal
Muxes
Narco-Mania!
Pancho Villa
Peace Corps: Colombia One
Stoney Knows How (With Alan Govenar & Les Blank)
The Black Tulip
The Eagle’s Children
The Language of the Seeds
The New Mexico Chile Film
The Tree Of Knowledge
The Tree of Life
Viva Mi Tierra Caliente
Warriors of the Sun